Nowadays, global warming and the loss of biodiversity constitute the problem which brings together all the researchers, all politicians who devote several workshops to it, aimed at raising awareness and changing the behavior of men, essentially their modes of production and of consumption. Indeed, the growth in the world consumption of fossil energy observed since the end of the 17th century, is responsible for the aggravation of the greenhouse effect, caused by the releases into the atmosphere of carbon dioxide, but at this is in addition to deforestation and other forms of biodiversity loss.

According to the UNEP rapport in 2015, to avoid the worst effects of climate change and maintain a deliverable planet, it is important to limited Global temperature increase to 1.5°C above pre-industrial levels. Currently, the Earth is already about 1.1°C Warmer than it was in the late 1800s, and emissions continue to rise. To keep global warming to no more than 1.5°C as called for in the Paris Agreement- emissions need to be reduced by 45% by 2030 and reach Net Zero by 2050 in fact, both women and young can play a critical role in bringing change and innovation.

Net zero carbon in acronym CNETZERO is a platform set up by various leaders in the field of the environment, climate, biodiversity and sustainable development with the aim of involving women and young people in action and decision-making finally to soak up environmental problems on a long-term basis.

Promoting an eco-citizen movement with lobbying and advocacy for the reduction of greenhouse gas emissions and the fight against climate change; 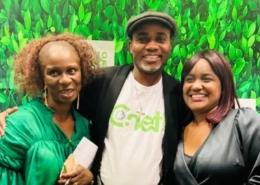 How can you help us?

Donate your every action matters

Become a member or a Volunteer

We need to move forward together,
CNETZERO is open for all Sign up for the latest resources, activities you can do at home or online, and ways to spread the word to your friends.

You are interested and wish to be associated and support us, our doors are open

BECOME A VOLUNTEER FOR THE CAUSE